In some earlier articles this month I featured the original Golden Book.  Here are some other Golden Books in my collection. 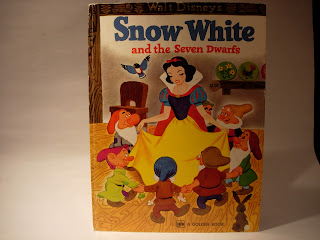 This book was originally published in 1952, the photo copy is the twenty-seventh printing in 1972.  Some interesting features include a title page that depicts the dwarfs making Snow White's bed (a scene cut from the film).  It also depicts Snow White's mother doing needle point wishing for a little girl and snow white as a baby.
The regular story is told but interesting the colors on the the Queen's robe and Snow White's rags are all different than the film colors.  On some pages Snow White's yellow dress has red polka dots.  (They disappear while Snow White cleans the dwarfs home. 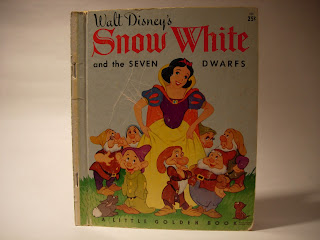 This book, published in 1948, depicts a different looking mother, and again the colors are off.  This book is a Mickey Mouse Club Book produced under the supervision of the Walt Disney Studio.  The story includes the making of the bed scene and the Queen address the mirror by saying: Mirror, mirror on the wall. 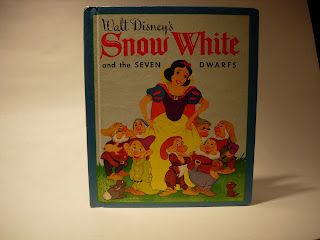 Same as above version but the fortieth printing in 1976. 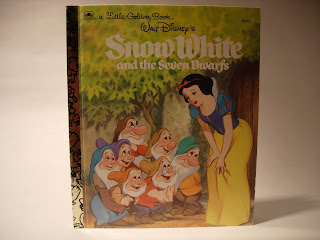 1984 printing.  Story has changed back to film version and colors are true to film.  Even includes great art of the hag falling off the cliff. 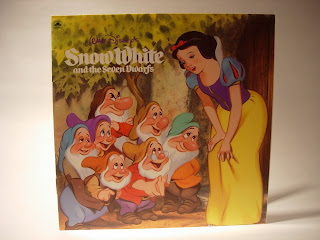 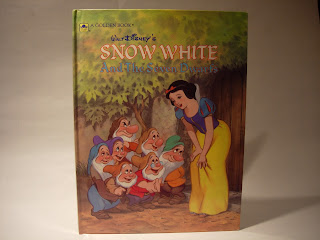 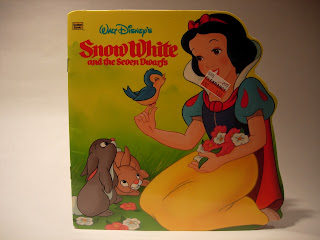 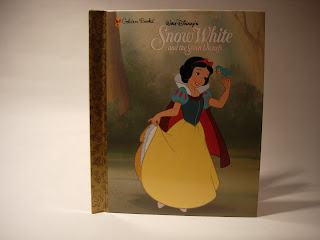