Last month I had the opportunity to attend the Walt Disney Family Museum's Animate Your Night event.  The theme of this evening event was Snow White's Hollywood Premiere   The event featured a playing of Snow White in the theater, music and dance entertainment  several cocktail bars, a photo opportunity, art activities  and a scavenger hunt.  The entrance to the museum was quite packed with the band playing and dancing in full swing.  Cocktail bars were around the lobby and downstairs with signature cocktails to purchase.  There was also appetizers, but I never saw a full tray, they were cleaned off before they even made it up the stairs.  The art activities included drawing lessons and making a holiday ornament   For five dollars, you could have your picture taken with props in a classic black and white Hollywood feel.
The event was fairly busy, with lots of locals.  I enjoyed it, but was a little disappointed that there wasn't more to actually do with Snow White.  If you completed the scavenger hunt you got a bag of buttons, but that was the only exclusive thing available that day.  There was a wide variety of guests there, some in full themed period outfits, and others in jeans and tee-shirts.  The museum was available to explore, but the exhibit was not part of the event.  Overall, the event was fun, and if you're visiting the museum when they offer another Animate Your Night event, go!  Just make sure you have dinner first. 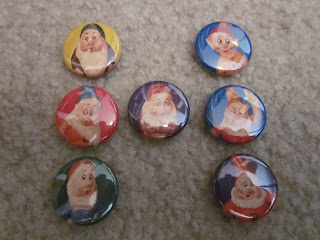 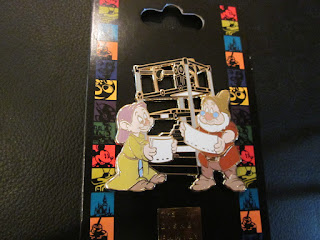 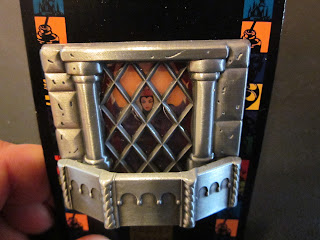 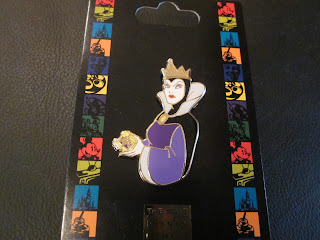 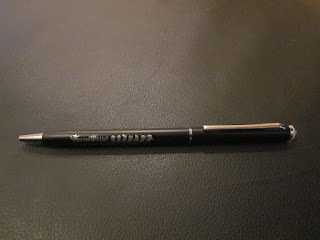 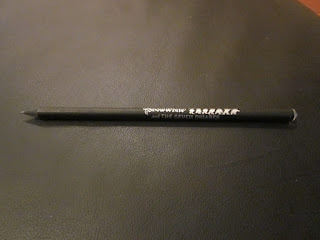 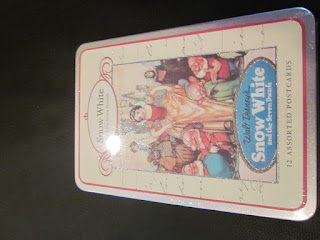 Howdy Strangers!  I'm taking a tangent from our usual topic to take a look at a special event:

This year as part of Disney's Limited Time Magic celebration, the Gold Horseshoe Review was brought back to Disneyland.  Kind-of.  The park is running a tribute show for a few weeks that include an evening dinner showing for annual passholders. 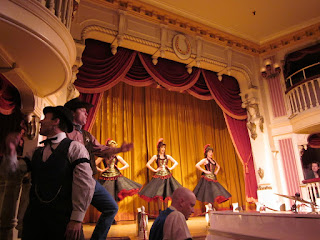 I attended the first evening event and had a fun time.  The show itself was very short - about 20 minuets and featured 4 songs.  The performers did a wonderful job, but many of us wished it would have been longer.  The dinner was a prepacked meal and included a souvenir plastic GH boot mug. (I could not find a copyright anywhere one it) and as a surprise, a Disneyland CD of  Slue-Foot Sue's Golden Horseshoe Review.  The annual passholder event was a little pricey for what you got, but it was a fun evening.  For more information check out the Disneyland website.
Posted by 1937 Fan at 12:57 PM No comments:

This December I had the opportunity to once again visit the Walt Disney Family Museum and the Snow White Exhibit.  On this visit I went right for the special exhibition location in the adjacent building next to the museum.

The exhibit begins upstairs with Walt Disney's Oscars for the film Snow White.  On the day of my visit, the museum was hosting a closer look program featuring the Oscars where a docent shared information all about the process and Walt's Oscar history.  The docent related that before the museum was built the Oscar was in a family warehouse where one of the grandchildren found it wrapped in a box. 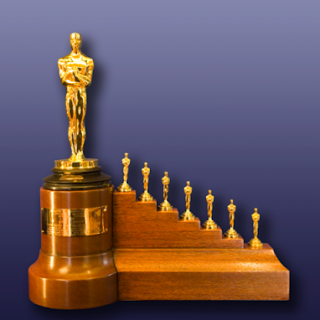 Once entering the exhibit there are 14 different areas to see.  The first are includes lobby cards and movie posters from the early years including a French and Italian poster.  One of the lobby cards includes a Christmas image even though no such image exists in the film, publicity used the films holiday release.
The next room features elements of animation.  In this display you see art from beginning to end showing the development of the Whistle While You Work Sequence.  There is a film that discusses the process and on display are the concept art, story sketch, model sheet, layout, background, animation drawing, cel, and cel setup.
Next comes "Mirror, Mirror on the Wall."  (Yes, the museum actually calls it that, even though the Queen never speaks these works - she says Magic Mirror).  There you can see some of the Art-Deco influenced concept art and pages from the queens spell book.  My favorite there is the "Queen in Her Throne Room."  It's a wonderful graphite drawing where you see the astrological signs that did make it into the final film.
As you continue on in the exhibit "Snow White meets her Prince."  In this part of the exhibit you can see story sketches of the well scene and an amazing background piece "Castle Tower and Balcony."  This piece is a diagonal pan, so it appears sideways, but allowed the camera to move as if it followed action.
Continuing upstairs there is the "Fight Through the Forest" section.  This part of the exhibit houses some of my favorite works: "Seated Queen", "Snow White Surrounded by Alligators," Snow White Flees From Scary Trees", Snow white Picks Flowers at Stream" (Where Snow White is a blonde), "Huntsman in Forest Watching Snow White", "Scary Trees", "Frighted Snow White", "Spectral Wolf Chasing Snow White in Forest."  Most of these pieces are only concept art pieces and are actually quite small, but what strikes me is the power and emotion behind them.  These images are strong and tell a truly frightening story.  The detail of these works, though just sketches, show the true talent of the Disney artists  and the emotion and power they could create with a few pencil strokes.
Moving downstairs is the "Snow White Animal Friends" room.  Here three is an interactive that features many more drawings and images that just could not fit in the space or were to fragile to display.  My favorite pieces in this room were "Deer and Birds", "Snow White in the Forest", and "Animals in the Tree" (showing a vertical pan of the animals homes that just won't do for Snow White).
Finally we come to the room featuring the "Seven Little Men."  Here the art of the dwarfs' home take center stage.  The image of the "Cottage Exterior"  and "Snow White's Forest Friends Watch Through Window" show the detail put into the dwarfs home, and the lovely "Dwarfs March Home" show the beginning of the iconic image of the dwarfs marching across a log.
Dopey has a special place where you can see the maquettes.  Charlie Chaplin declared Dopey one of the greatest comedians of all time.  High praise.
Three is another room is for the dwarfs themselves.  here there is another interactive full of additional art to see.  i especially like "Dopey Searches Bedroom for Monsters", and "Snow White explores the Cottage Accompanied by the Animals."  This room also features a video on the deleted scenes and art from them such as: "Animals Helping Build the Bed", "Sneezy in the Mattress", and "Snow White Swan Boat with Prince."
"The Queen's Transformation" includes some powerful art including "Gnarled Hands" a very detailed drawing of the change her hands undergo.  You can also see "Queen Walk with Panther" but the panther was considered to strong of a sidekick and was cut.  There is also "The Disguised Queen consults Her Spell Book."
There is also a Music and Story Telling section where you can watch a video explaining how the two go hand in hand and you can see the detail that went into "Dopey's Drums and Musical Instruments."
"The Queen's Sinister Plan" shows the climax of the film and includes art such as "Witch in Rowboat" and "Snow White with the Witch Offering the Poison Apple."  Here you can also see another cut scene: "Snow White in Dream Sequence" where she and the prince are dancing in the clouds.
Finally, the exhibit ends with "Happily Ever After."  There is beautiful art of the final sequences of the film including "The Pursuit of the Witch", Snow White's Glass Coffin", Fall, Winter, Spring", "The Witch and the Vultures", "The Rocky Slope", and "Happy Ending."
If you can't make it to the exhibit, pick up Snow White and the Seven Dwarfs The Art and Creation of Walt Disney's Classic Animated Film by J. B. Kaufman.  This goes along with the exhibit and features many of the pieces in the exhibit.
Posted by 1937 Fan at 12:17 PM No comments: