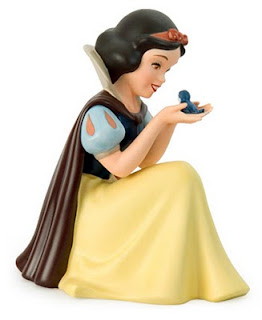 With the last issue of Sketches the Walt Disney Collectors Society included a letter explaining that the company will no longer be supporting this society and that Sketches will cease publication. While I am sad to see it go, in a sense, I feel a sense of relief. Maybe I might be able to keep up with the few releases they have left! That being said - I was very excited to find that TJ Maxx has many Walt Disney Classic Collection pieces including the "beautiful dance among the stars".
The collectors society had two membership pieces. One in 2002 - "Won't You Smile For Me" Snow White (seen pictured in article) and again in 2009 - "Gleeful Grin" Dopey . For more detailed information and images of each piece look at Duckman's WDCC Inside Report.

Celebrations: Discovering the Magic of WDW

At the D23 Expo I found out about Celebrations Press and their magazine celebrating Walt Disney World. I am a West coaster and a Disneyland passholder but this magazine won me over. (Don't get me wrong - I love visiting WDW - on the rare occasion I make it to the east coast). I had been saving up the issues to read during this winter vacation break and was pleasantly surprised to find information about Snow White! The November December 2009 issue featured Snow White and the 7 Dwarfs as the feature film. It had even included one fact I hadn't read before! Then the September/October 2009 issue informed me that a Beatles song "Do you want to know a secret?" is based on "I'm Wishing"! No wonder I love that Beatles song! I'll have to order the back issues and see what I have missed!
Posted by 1937 Fan at 8:11 AM No comments: 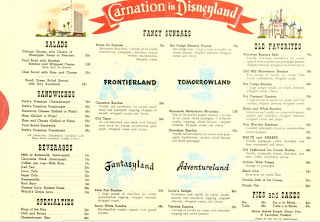 The Disney Food Blog has posted a menu from Disneyland's Carnation Cafe from 1962. Under the Fantasyland section - one can order the Snow White sundae.
Posted by 1937 Fan at 12:15 PM No comments:

Los Lobos and the Dwarfs in Epcot

Disney.co.uk has lots of fun goodies at their print station. You can print bookmarks, Photo frames, coloring sheets, and a weekly planner (Timetable). There is one for each dwarf, the prince, Snow White, and some for the Hag and the Queen. Enjoy!
Posted by 1937 Fan at 9:31 AM No comments:

I know, I know, two posts in a row not related to Snow White - just spreading the Holiday Cheer.
Posted by 1937 Fan at 8:42 PM No comments: