In 1979 Snow White and the Seven Dwarfs became the first Disney animated movie to be created into a live stage show featured at Radio City Music Hall. The show was seen on HBO in 1980, appeared on Disney Channel in 1987 as Snow White Live. This clip and more can be found on http://current.com.
Posted by 1937 Fan at 5:40 PM No comments:

From November 15, 2009 to March 10, 2010 the New Orleans Museum of Art will be hosting an exhibit entitled Dreams Come True featuring artwork from Disney's Silly Symphonies, Snow White, Cinderella, Sleepy Beauty, Little Mermaid, and, of course, Princess and the Frog. The museum will be the exclusive location of this exhibit and the museum is hosting screenings of most of the films. Snow White was shown on Oct 3 and 4. For additional information about the exhibit see the website. The museum gift shop is selling the catalog from the exhibit entitled Dreams Come True: Art of the Classic Fairy Tales from the Walt Disney Studio by Lella Smith.
Posted by 1937 Fan at 5:12 PM No comments:

While at Disneyland this weekend I saw the Evil Queen Disney gift card and now Disney Gift Card has their own website. There are four other designs dedicated to my favorite movie. Snow White kissing Dopey, Snow White and her prince, the seven dwarfs, and one of Snow White herself. These are all sold on the website as well as at Disneyland and Disney World properties. Happy Shopping!
Posted by 1937 Fan at 6:02 PM No comments: 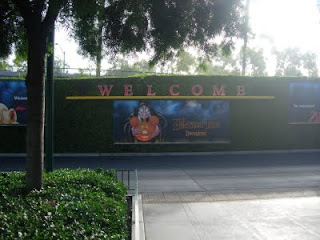 Finally made it to Disneyland early enough in the day to get a fast past to ride Space Mountain Ghost Galaxy. A spooky soundtrack combined with projections of ghosts made the attraction feel quite a bit faster. Fun concept.

We spent some time in the shops and found some 'new' merchandise. Main Street's Disneyana shop had the Snow White fountain - it is from a series where each princess is sitting by a fountain. Snow White's fountain is the wishing well. If I am remembering correctly, it was $75. 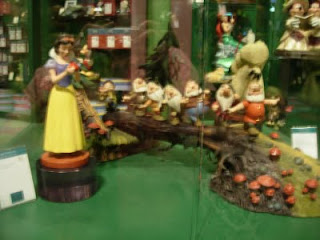 There also were a few figures from the Walt Disney Collectors Collection that I hadn't seen before. Snow White about to bite the apple (I don't remember the retail on that) and the Dwarfs on their way home ($999). The Dwarfs are all walking across the fallen log bridge with Dopey lagging behind. It was really quite the piece.

While they are not new, the Hag and Snow White bust by Grand Jester Studio were also in the World of Disney shop for $65 and $60 respectively.


There were two books in the stores that I hadn't seen. Windows on Main Street Discover the Real Stories of the Talented People Featured on the Windows of Main Street, USA by Chuck Snyder and Disneyland Challenge; $6.95 and $12.95 respectively. Both are published by Disney Editions with a D23 logo.

Disney Gift Card had one of the Evil Queen - same logo that is used on the Halloween logos. Not sure if a Hag was available or not. Driving home I spotted several of the billboards for the park that featured that same artwork. Glad to see the Queen and the Hag taking center stage. 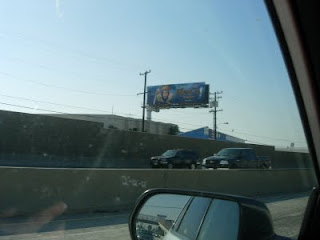 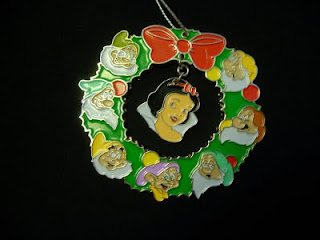 Today I received my Snow White 2009 Limited Edition Ornament from the Disney Rewards Club. I was very pleasantly surprised at how quickly it came. The ornament features each dwarf in a wreath with Snow White dangling in the middle. It is not particularly expensive looking but it was a reasonable amount of points. The back of Snow White says "Disney Movie Rewards Limited Edition 750 2009"

I look forward to getting more rewards over time. I have been very impressed with the efforts the club has been making of late. Many of the emails have bonus point scavenger hunts. Sometimes it is just a matter of reading to the bottom of the email and other times there are very simple hunts where you watch video clips or find clues on various movie websites. Additionally, the club is offering a contest to give away prizes from peoples wish lists and will offer double bonus point days! Bravo Disney Movie Rewards!
Posted by 1937 Fan at 5:25 PM No comments:

Halloween is coming up soon and it's time to start planning what to carve our pumpkins as. I think this year my pumpkin will be Snow White of course. Check out the directions here from Disney Family.com.
Posted by 1937 Fan at 9:11 PM No comments:

Walt Disney Concert Hall in LA will present the Disney Symphonic Legacy on Oct 20. It will feature Snow White and the Seven Dwarfs: a Symphonic Legacy featuring Ashley Brown (played Mary Poppins in the Broadway show. It will also include playings of music from Nightmare, Sleeping Beauty, Lion King, and Pirates. For information see website.
Posted by 1937 Fan at 6:16 PM No comments:

Disney.com has a Sneezy game on their website. You can play as one of the six dwarfs left and you must get to Sneezy before time runs out while avoiding obstacles. While game play is slow and it is difficult to tell where the objects are in the space, it's a cute game. Play Aaah-Choo!
Posted by 1937 Fan at 9:06 AM No comments: 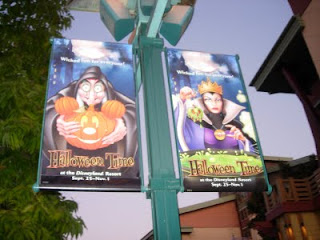 It's Halloween time at Disneyland Resort and I am proud to report that the Queen and Hag are a central part of the theme. The two banners pictured here are around the Downtown Disney area and are featured on the billboards around Southern California. Additionally, the ladies are also featured on the park maps - the Hag on Disneyland and the Queen on Disney's California Adventure.
I went last night to view the Halloween Spooktaular Firework Show. After a period of indecision (due to winds at higher elevations) the fireworks went off. Zero flies above the castle and the music features "This is Halloween," "What's This?" "Grim Grinning Ghosts," "Poor Unfortunate Souls," "Trust in Me," "Cruella De Ville," as well as music from Hook, Chernabog's Theme Song, and Frollo's song From Hunchback. All in all a very fun show - not scary - but just right theming for Disney. More to come about Halloween time.
Posted by 1937 Fan at 10:05 AM No comments: