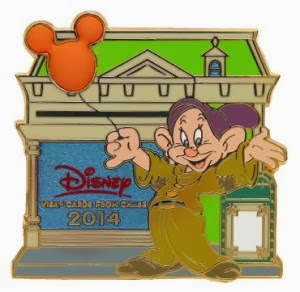 Check out this fun article featuring Disney references in Non-Disney shows and movies by Jack Spence on All Ears. There is a list of Snow White references on a variety of shows.
Posted by 1937 Fan at 9:00 AM No comments:

Behind the Scenes Video

So excited for this!  Can't wait to visit Disney World and ride this attraction.

They made the Magic: Webb Smith

Smith started out as Ted Sear's assistant and later moved into the story department.  Smith is credited by Walt Disney himself with being the guy who started the story board method.  He is said to have drawn out each scene individually and pinned on a bulletin board (hence storyboard).
Smith is also known for writing the sequence where Pluto get stuck the to flypaper that was animated by Norm Ferguson in 1934 Playful Pluto.
Smith was one of the storymen who joined Walt Disney on the South American Goodwill Tour.  His story ideas were rich with gags and good humor.
His career with Disney was short as he passed away in the mid to late 1940's.

Labels: Animation, South America, They Made the Magic, Webb Smith

Happy New Year!  Thank you for reading my much neglected blog today.  As with every new year, I've made a resolution: to keep the blog updated more frequently!