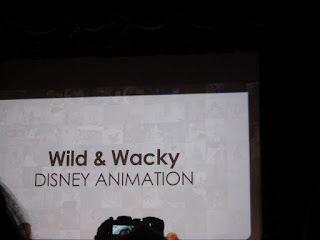 Eric Goldberg (Disney animator and director) and Jerry Beck (historian) gathered clips of some of the wild and wacky Disney Animation. 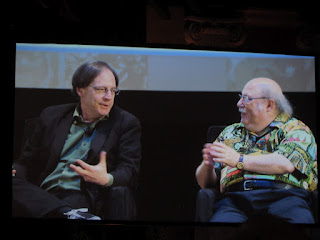 The first clip we saw was from Steamboat Willie.  The scene is not seen very often by the public as it is not in the general release short.  It shows Mickey playing the animals around him as musical instruments.  For example he plays some baby pigs who are nursing by pulling their tails.  It's not quite the nice Mickey we are used to.