I just got home from my first ever Disney cruise aboard the beautiful Disney Wonder: the seven day cruise to Alaska and it was absolutely amazing!  As always, I made it my mission to check out the ship and find everything Snow White related I could to report back.  There was so much concept art all over the ship and so many different locations; the ship was filled with Disney touches!
The first place to find Snow White is in the restaurant Animator's Palate.  Located on Deck 4 Aft, this is one of the three main restaurants in your rotational dinning.  It is also where you can take animation classes during the day on board the ship:


The shows on the Disney Wonder were fantastic!  There was no photography allowed during the shows, but during a few of the shows Snow White makes an appearance.  The big appearance is a show segment in The Golden Mickeys: Snow White and Dopey appear for that.  The Remember the Magic, A Final Farewell is when both Snow White and the Prince appear. 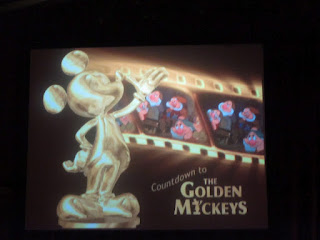 Each night upon returning to your stateroom, the fabulous state room host would have turned down your beds and left you a nightly piece of chocolate featuring Sleepy! (on Pirate night you get a Mickey doubloon instead). 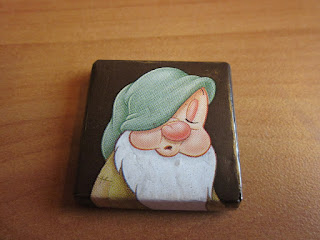 Characters are all over the ship!  Including Snow White and Dopey (Dopey did not make many appearances so I never could catch him)
Lastly, what would any Disney vacation be without some shopping?  I was so shocked and excited to find Disney Cruise Line exclusive Snow White postcards!

If you have never been a Disney Cruise before I recommend checking out Disboards.  This forum has discussion groups forming about every sailing Disney does.  It is nice to get to know some of the people on your cruise, plan a meet, and you can also get involved in a fish extender game.  This is a gift exchange program with other people on the cruise.  It added so much to the cruise - it's fun to check your fish extender each day to see what you get and to go out and deliver your gifts.  I made my pocket fish extender to look like a Snow White totem pole.  I was sitting in the stateroom one afternoon when I heard a little girl go by our door and exclaim: "Mommy look!  It's Snow White's room!" 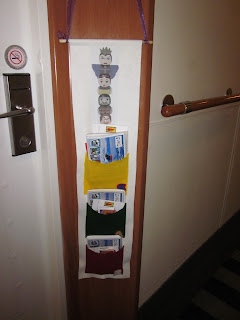