They Made the Magic: John Hubley 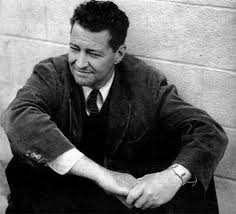 Born in Wisconson May 21, 1914, John's Hubley's first job was painting backgrounds for Snow White and the Seven Dwarfs. He went on to become an art director with Disney working on films such as Bambi and Fantasia.  Hubley's career with Disney ended after the strike in 1941.
By 1942 Hubley joined many other fellow animators working for the First Motion Picture Unit creating training films for the armed services.  In 1943 Hubley founded the United Productions of America where he began to pioneer UPA style animation.
In 1955, Hubley and his wife opened thier own studio and made 21 films, 3 of which won Academy Awards.  Hubley died in 1977.  In 2011, the Academy of Motion pictures held a salute to John Hubley, read about it here.  PBS has a movie called Independent Spirits and the website has some great information.  Michael Barrier has a great interview.
Posted by 1937 Fan at 9:00 AM

Labels: Animation, John Hubley, Snow White, They Made the Magic