They Made the Magic: Ken O'Conner 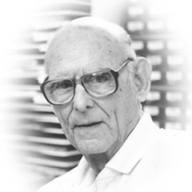 Kendall (Ken) O' Connor was born June 7 1908 in Perth Australia.  He studied art in Melbourne before moving with the family in 1930 and attending the California School of Art.
In 1935 O' Connor joined the Disney studios.
In a 1978 interview O'Connor talked about Snow White:
"I remember at the premiere of Snow White and the Seven Dwarfs, the audience broke into applause two different times, just for the layouts and paintings.  No characters even on the screen.  The shot of the queen's castle above the mist and the marsh received applause.  I was sitting near John Barrymore, and he was bouncing up and down in his seat as he was so excited.  He was an artist, of course, and he new the kind of work that went into something like that, and appreciated it." Walt's People Volume 6.

During the making of Snow White O'Connor had to use rotoscoping to draw Snow White: the recorded image of Marge Champion dancing was being traced.  O'Connor remembered being annoyed at having to do this task until Walt came by and went on and on how lucky he was to get a chance to study the movement of a human and how difficult that was and that he had to send others to art school to do it.  By the time Walt was done talking, O'Connor was feeling pretty good about things - as he put it, Walt could sell ice to an eskimo!  (See Working with Walt for more stories).
He eventually was the art director and layout artist for 100 short features and 13 full length feature films.  During World War II he created many training films.  O'Connor worked with Ward Kimball on several of the Tomorrowland projects and he was art director for the Academy Award winning Toot, Whistle, Plunk and Boom.
He retired in 1975 but was still involved with the company by working on EPCOT's Universe of Energy and Back to Neverland for Disney-MGM studios.  During his retirement from drawing he taught animation classes at California Institute of the Arts.
O'Connor became a Disney Legend in 1992 and died in 1998.
Posted by 1937 Fan at 5:27 PM