They Made the Magic: Eddie Collins 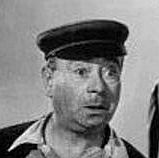 Happy birthday Eddie Collins!
Dopey is a beloved character whose silly antics instilled him in the hearts of the audience.  Animators were able to use live reference film of Eddie Collins to create those silly antics.  Although Dopey doesn't talk, Collins also made some sound bites for the character.  Walt Disney saw Collins in a Low Angeles Theatre. A veteran of vaudeville Collins continued his career into film with roles in Young Mr. Lincoln, The Blue Bird, and Drums Around the Mowhawk
Posted by 1937 Fan at 9:00 AM

Labels: Dopey, Eddie Collins, Snow White, They Made the Magic