They Made the Magic: Ted Sears 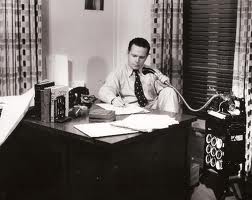 Ted Sears was born on March 13, 1900 and grew up in New York.  Originally he trained to be a sign painter but he determined he needed to help support the family and went through a string of jobs.  Eventually, Sears joined Max Fliesher's studio and worked on story ideas and even Betty Boop.  In 1931 he signed a contract as a senior writer at the Disney studios - the very first.  There he was a key player in the Snow White and the Seven Dwarfs story.  He was one of the strongest members of the writing staff and remained a senior writer for the following 27 years of his career at Disney.  Sears is one of the men attributed to developing the concept of storyboarding, now commonly used among all film makers.  While working on Peter Pan, he even ventured into writing song lyrics. Sears was selected to go on Walt's South American goodwill tour and that was considered a sign that Walt was putting forth his best talent on the trip.
Micahel Barrier posted an article from Funnyworld where Sear's coworker Dick Huemer relates what a fun guy Sears was.  Sears died in 1958.

For additional reading: check out this flicker posting of Christmas cards created by Sears
Posted by 1937 Fan at 9:00 PM

Labels: Snow Whtie, Ted Sears, They Made the Magic