Just a few short weekends I made it to my fifth D23 Expo.  As always,  I made it my mission to try and discover what is new in the world of Snow White!  (This is a very picture heavy post!)
Sadly, I didn't find anything Snow White related in Imagineering, Animation or the Archives areas.  Snow White was brought up twice in the large panels.  She was mentioned (and seen) in the funniest scene I saw all weekend in the animation panel (no cameras) from a scene in Wreck it Ralph 2.  She was also mentioned in the Legends ceremony because a guest in the audience was a cast member during that time:

One of things I was thrilled to find out was that they were screening Snow White at the expo.  Becki Kline (head of the Disney archive) came out and talked about what a treat it is to see it full screen.  I had hoped for a give away or a little more talking about the movie, but it was great fun to see the film on such a giant screen in the arena. 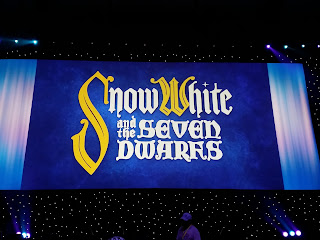 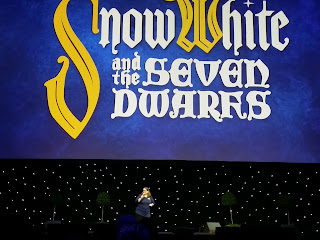 This year I finally made it into the Disney Store itself.  (Stay tunned to hear why).  I did not notice anything Snow White related in the Dream Store (I really didn't look at the art walls) and I never made it into Mickey's of Glendale pin store (this year they made two Mickey's of Glendale - one just for pins and one for everything else.)  However, Disney Store didn't disappoint in the Snow White department.  I didn't note prices of items while I was snapping away - one day I will remember to be a diligent blogger.  But for those of you who have been to expo, you can appreciate how quickly you move to try and see everything! 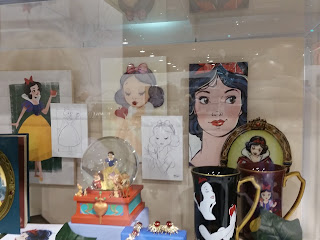 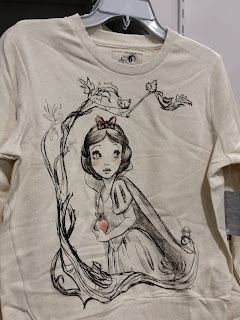 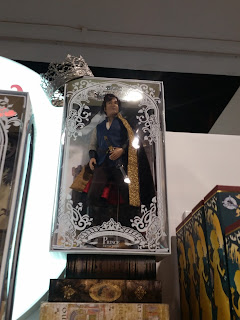 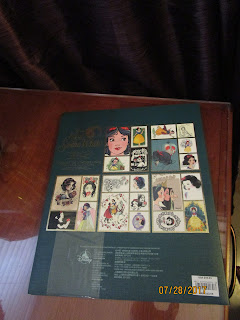 This years Disney Partner Retailers had a great showing of Snow White merchandise to show off and for sale. 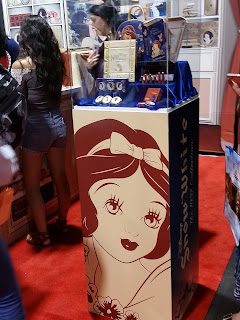 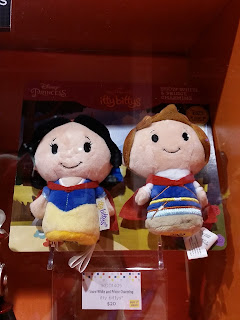 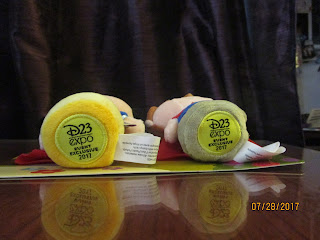 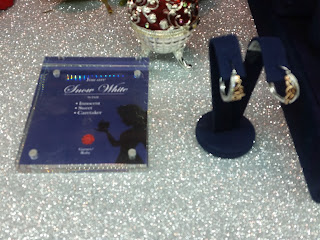 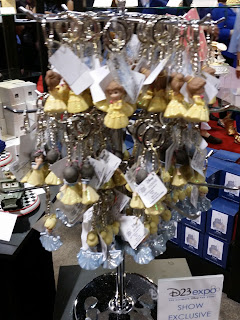 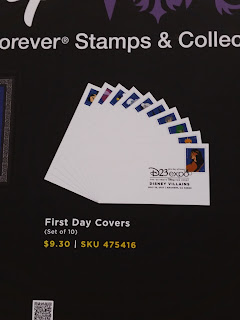 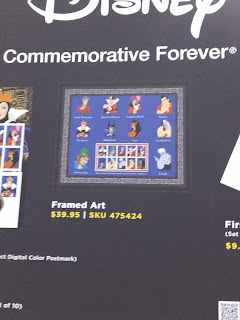 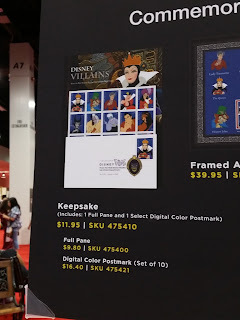 As always there were lots of merchants in the Emporium area selling lots of Snow White things.  The one thing I will share with you because I've never seen it anywhere else is this fold up fan!  I thought it was so cute and handy waiting in some of those lines, it got warm! 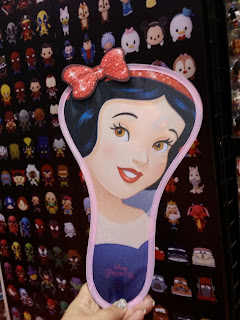