D23 Light up the Season Event

On December 4th I had the opportunity to attend the D23 Light up the Season event at the Burbank Studio Lot.  I had a wonderful time.  You could have a photo taken with Pluto (dressed as a reindeer), Sorcerer Mickey, and Santa.  The studio theater was playing holiday classics.  There were a variety of vendors selling wares and a Mickey's of Glendale pop up shop.  The studio Disney store was open as well.  The D23 choir performed and they had a lighting of the tree ceremony.  Every guest got a hot chocolate and a cookie and there was cotton candy and popcorn available for free and food to purchase in the commissary.  The studios was all decorated; including my favorite building. 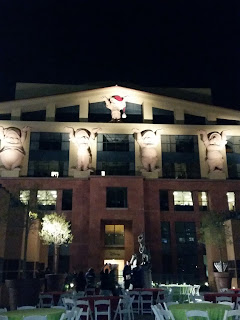 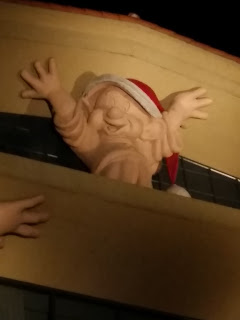 I was surprised at the amount of space guests could wander around in - the studio was open from the Legends Plaza to past the commissary. 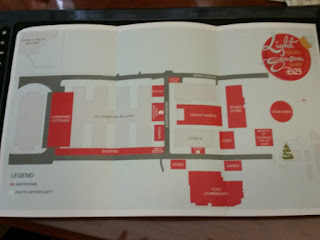 Speaking of commissary - I learned that the eating areas have Snow White artwork!  Check out the wall. 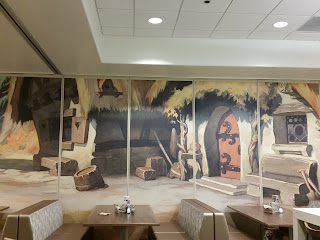 In another section we did not get into there were pictures of Snow White on the wall.  I will definitely have to be on the look out next time I am on the lot.

One other surprise was that they had a Snow White Tweet Suite where you could have a commemorative photo taken in a Snow White background. 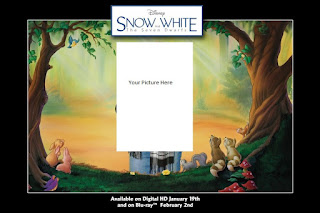 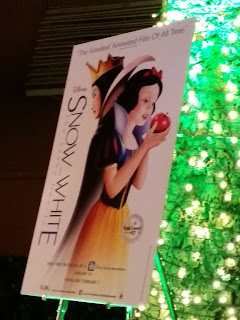 We had a terrific time snapping pictures and wandering around - in fact, they even had some Disney magic where it snowed!! I was just sad that it was such a short time (2 hours).  We spent a long time waiting to visit the studio store and in retrospect, I wished we had skipped that.  I hope they do it again next year!
Posted by 1937 Fan at 9:00 AM