They Made the Magic: Leigh Harline 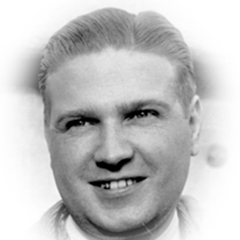 Leigh Harline was born March 16, 1907.  In 1928 he came to California from Utah and started working in radio.  By 1932 he had joined Disney and wrote song for shorts.  He was responsible for writing the score for Snow White ad the Seven Dwarfs.  His most well known work was "When you Wish Upon a Star" from Pinocchio.  He left Disney in 1941 and worked for a variety of studios. Harline died December 10, 1969 and became a Disney legend in 2001.
Posted by 1937 Fan at 9:45 AM