Destination D: Day One Part One

Destination D was held September 24 and 25 2010 at the Disneyland Hotel.  Registration began on Thursday and much to my surprise there was no wait.  The registration packet included a schedule of events, a D23 fan (the same one being handed out at the DVC booths) and a set of 23 (of course) Disneyland vintage postcards.  Merchandise was available for sale including the full set of Epcot patches, scavenger hunt water bottle, and Destination D patch.
The event began with a welcome from Steven Clark, head of D23.  They showed some 'advertising' posters that didn't make it.  (Many of these posters were shown at the WDW 1st anniversary party).  It was also announced that Destination D's next stop will be WDW this spring for the 40th anniversary followed by a two day WDW scavenger hunt.  D23 also announced that this November they would add a second weekly podcast - this one called the Armchair Archivist: a weekly look into the Disney Archives. 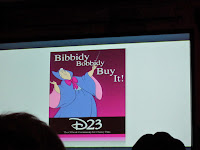 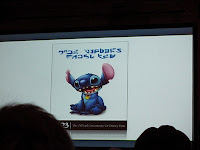 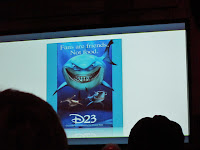 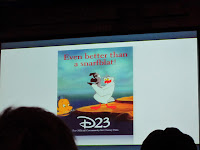 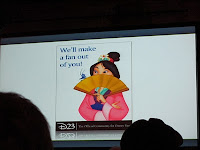 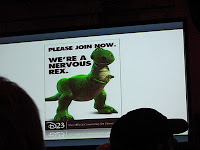 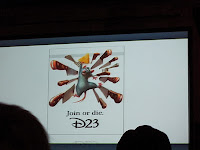 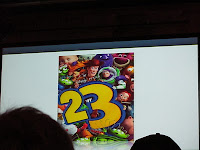 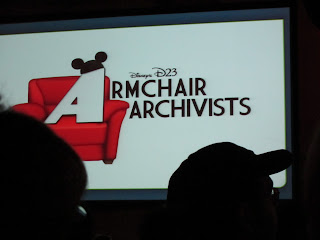 The next session was Weird Disney with Becky Cline and Paul Anderson.  We were treated to pictures of various odd moments in Disney history: 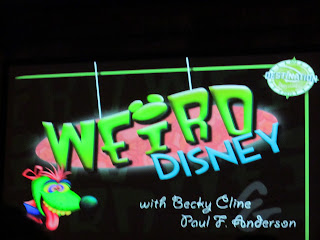 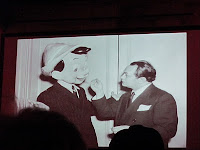 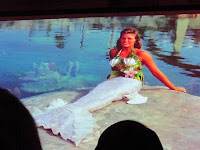 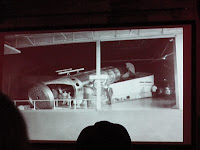 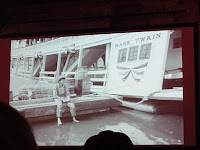