On July 17 Disneyland Alumni Club hosted 55 Years of Music Magic. I was able to join the alumni club after I left my college Disneyland job.  This event was held at Disneyland Hotel.  The event was a wonderful evening filled with memories and music to benefit Children's Hospital of Orange County.
The introduction and welcome was from Ron Stark and, of course, Mickey Mouse.  Disney Legend Ron Dominguez, Jim Walker president of Disneyland Alumni Club, and George Kalogridis all welcomed us to the event. 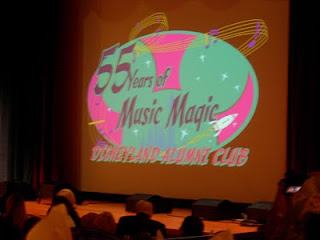 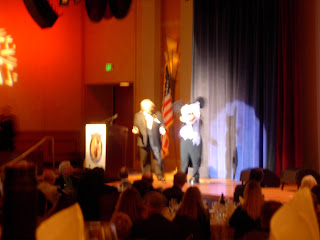 The Hosts for the evening were Mouseketeers Tommy Cole and Sherry Alderoni. 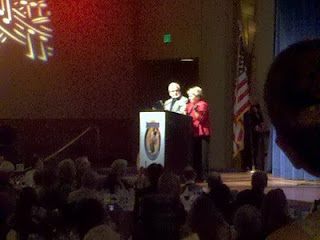 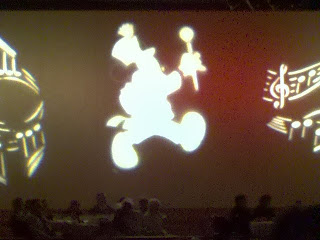 Shag created artwork for the cover of the program, seen below, that was aviable of a print. 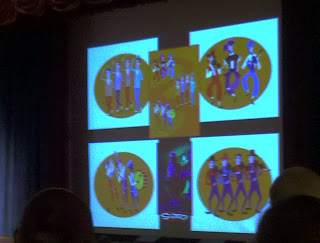 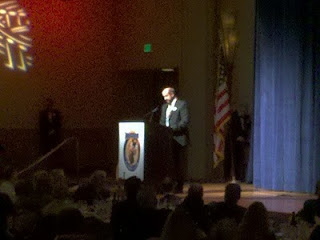 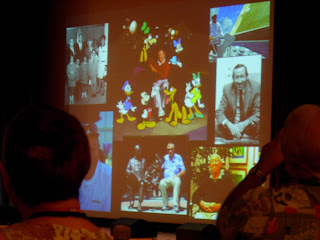 Then dinner was served and we were treated to sounds of Main Street, Frontierland, New Orleans, Disneyland Stages, Music of Richard Sherman, Entertainment, the Main Street Electrical Parade, Fantasmic!, and World of Color.
Ron Miller from Coke Corner 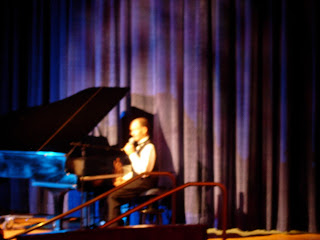 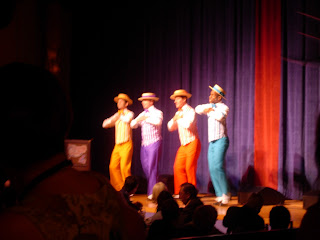 Billy Hill and the Hillbillies 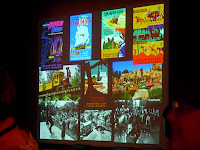 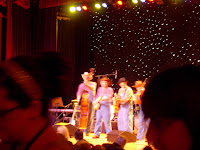 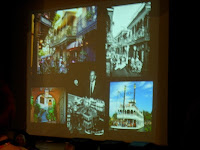 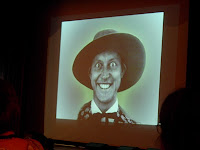 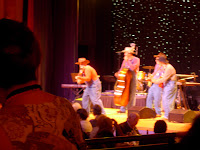 X Atencio joined on stage for a tribute to New Orleans Square.  Of course, a few other 'surprise guests' to celebrate X Atencio's work.  X Atencio was a Disney artist from 1938 - 1965.  He then became an Imagineer working on Adventure Thru Inner Space, Pirates of the Caribbean, and Haunted Mansion.  (It is X Atencio's voice saying "Hey! Let me out of here!" in the coffin in the Haunted Mansion's conservatory) 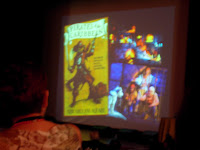 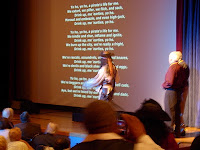 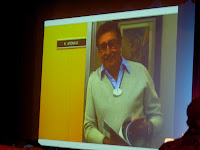 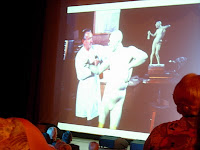 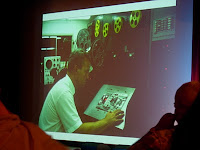 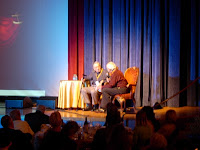 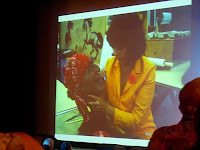 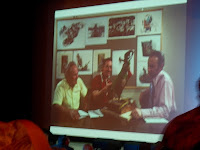 The next act was the Nocturnes.  The Nocturnes was a popular band that performed throughout the park.  The band performed in different shows, parades, and background tracks for shows and attractions. 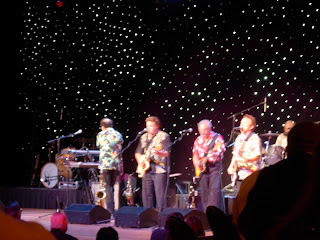 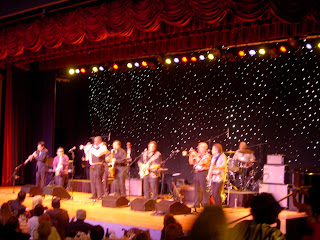 Richard Sherman was scheduled to be there but was unable to attend but sent a clip of him at his piano playing some of his most memorable tunes. 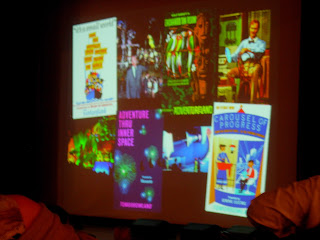 The last few presentations featured Don Dorsey who played a key role in Fantasmic and is responsible for the synthesizer arrangements and performances of Disneyland's Main Street Electrical Parade.  He discussed how the Electrical parade took shape and how he had to change to sound from the Main Street to Disney. 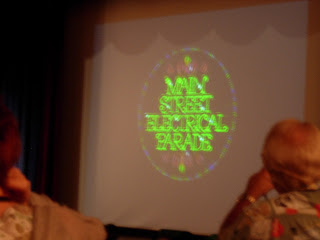 Finally, Bruce Healey took the stage to discuss Fantasmic and World of Color.  Bruce began in 1973 with the company and was a big part of special projects like super bowl halftime shows, television specials, parades, and shows.  He composed, arranged, orchestrated, conducted, and produced shows including Lion King Celebration, Light Magic, Fantasmic, and World of Color.  The Grand Finale featured many alumni taking the stage for a jam.  It was a wonderful event and I can hardly wait for the 60th! 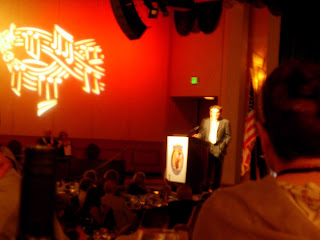 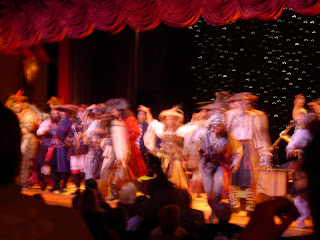