With the recent changes happening to Disney's California Adventure (DCA), I thought it was time to discuss the Snow White's connection to the park.  As a former cast member of DCA, I know all to well from experience that guests who came to the park wanted characters - they wanted the quintessential experience that is Disney.  And yet during the park's first few years, there were few connections to the characters that the Disney Guest expected.
All that being said, Snow White has had connection to the park from the very beginning - in the one place that featured Disney characters: The Animation Building.  This attraction features a beautiful center room where multiple screens feature clips and music from beloved animated features (Snow White and Seven Dwarfs included).  From this room guests had three choices: the drawn to animation show, the sorcerer's workshop, or the screening room.
The animation show had a cast member 'animator' explaining some drawing processes and features clips of an upcoming animated feature.  If I recall there is some props in the room that feature some characters from Snow White.  Now this has become the Animation Academy.
When the park opened the 'screening room' was the Art of Animation film.  In 2004 it began hosting Turtle Talk with Crush. (I thought for a time it showed a movie on Walt - but I can't find any evidence of that - maybe my memory is going?)
The final room is The Sorcerer's Workshop. This experience has three parts: The Magic Mirror Realm, Beast's library, and Ursula's Grotto. 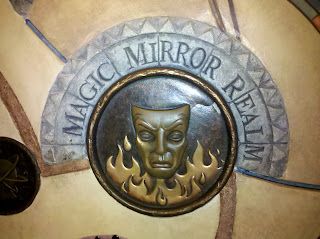 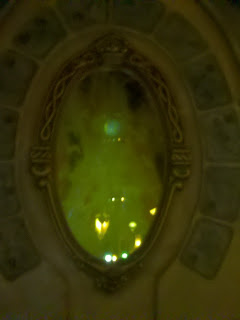 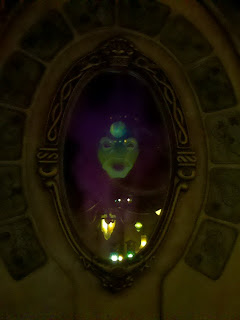 The zodiac around the magic mirror does feature Snow White.  (she is near the top on the left).  There are a few other Snow White references around the room as well: 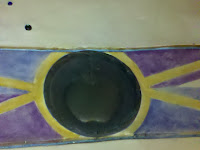 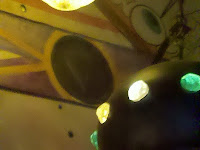 Once you leave this room you can enter the Beast's Library.  Here you can discover which Disney character you are most like.  I am not sure of all the character possibilities but I know that one could by my personal favorite (if you happen to know other characters from Snow White that come up as choices - write a comment!) 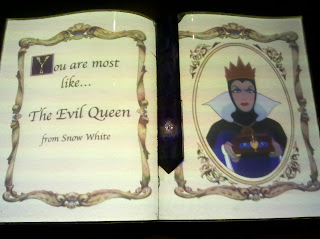 As you continue on you enter Ursula's Grotto.  Here you can record your own voice into some of your favorite animated features.  You can either record dialog or sing.  If you choose sing, you can march your way home with the dwarfs.

As with many Disney attractions, you can exit through the gift shop.  Off the Page is one of my personal favorites as that was my home as a cast member years ago.  It features large animation pages on the ceiling where characters are literally coming off the page. 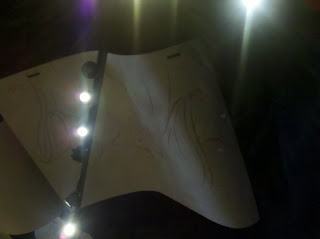 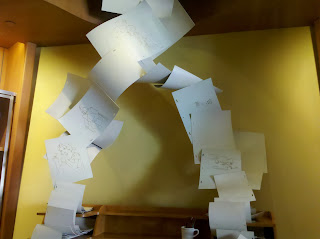 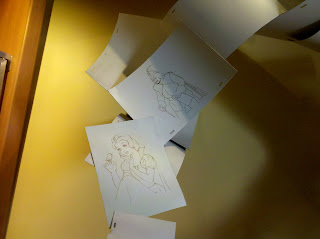 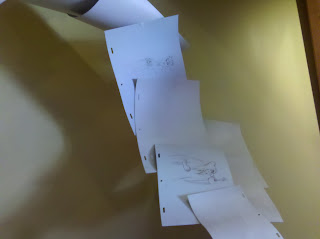 There is one other place you can find a Snow White character that was there on opening day of the park.  Outside in the window display of off the page are some character spinners (which often don't spin).  Doc, Happy, and Sleepy are on spinners.  Note: he picture below also has a display for Snow White DVD that was not there on opening day. (and on a personal note - it really shouldn't be there today - that DVD came out a long time ago - why hasn't that been changed?) 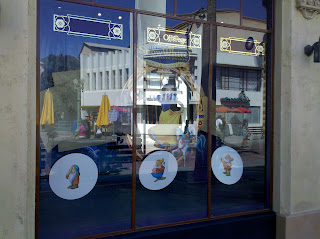 There are several other places that Snow White can be found today.  The outdoor animation stage show (which will be changing soon) has some animation sketches of dwarfs.  The world of color banners around the park have Snow White with an apple.  The construction fences around Hollywood Backlot have movie posters featuring Snow White 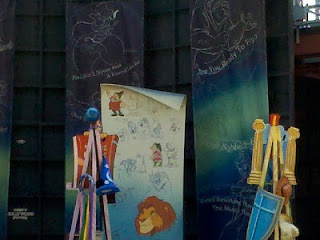 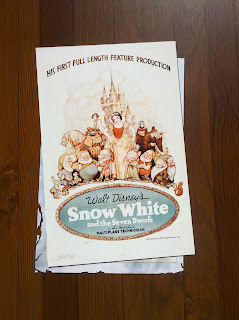 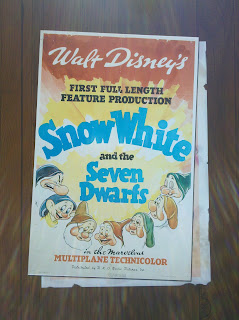 As the construction moves forward there will be at least one more strong link to Snow White and the Seven Dwarfs in DCA: the Carthay Circle Theatre where Snow White premiered: