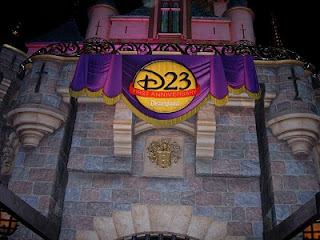 March 10, 2010 marked the first anniversary of the D23 community and I celebrated by attending the first anniversary party at Disneyland.  I arrived at the park after a long and traffic-y freeway drive (where I passed the time listening to WEDway Radio podcast all about the Disneyland Hotel) in the early evening.  During check in the D23 team was greeting everyone and aswering questions.  Most commonly asked that I could hear was regarding the Expo.  We were given wrist bands and an infomational sheet.  The welcome letter is brief and to the point but it does detail that D23 has tens of thousands of members from all 50 states and 30 countries.  The announcment informational letter regard the Expo and the announced Destination D event is exactly what you find on the D23 website. 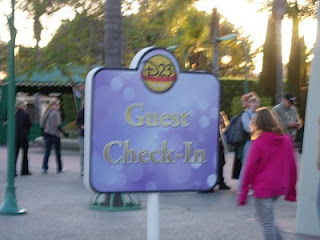 Passholders (and ticket holders) who were in the park at closing time (8) were escorted into the hub area to wait until the party began at 9.  We choose to leave to have dinner and returned at 8:45 when wristbands were let in.  Then we waited hub together for the party to start.  Having been a cast member at Disneyland I am well versed in 'Disney time' and wasn't surprised when cell phones switched to 9 pm we were still listening to Disneys' Music from the Park and waiting for the party to begin.  The voice of Disneyland announced a welcome and we heard the begining of Disney's opening day speech.  They then welcomed us with a few fireworks and a bottleneck into Fantasyland. 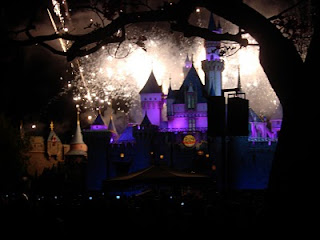 We were toward the end of the line so we bypassed the castle and walked around the side of the Matterhorn.  This lead us directly into Small World plaza where we got in line to take a picture with Mickey. 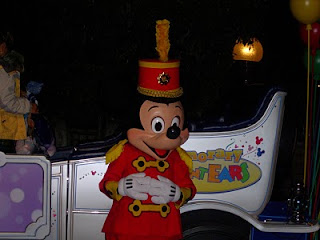 There were also photo locations with the Three Little Pigs, Clarabelle, Clara Cluck, Cinderella/Fairy Godmother/Mice, Brother Bear, The Country Bears, Alice/Hatter/White Rabbit, Pinocchio/Jiminy Cricket, The Hag (Heard Malificent was out, but never saw her)....My favorite was the Hag of course, but the country bears - they were really funny!  You could tell the costumes hadn't been out in a while because they kept having to make sure that the light brown bear (I know, terrible, I can't remember his name) head was attached right. 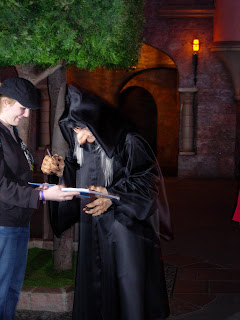 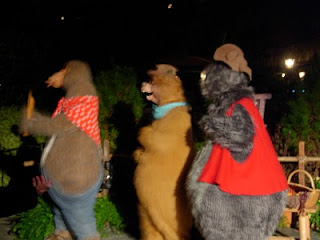 There were of course yummy desserts all over Fantasyland, and stranger still - beer and wine in Fantsayland! (that cost extra).  The fancier desserts did run out after an hour or so but there was lots of rice crispy treats.  One did land in my purse to make returning to work on Thursday a little more fun! 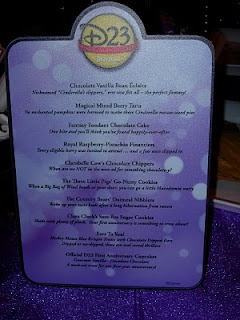 Most of the attratctions were running, the exceptions being the Matterhorn and the Carousel.  The longest wait was for Peter Pan, but it wasn't bad.  In fact, they also were showing Captain EO and had the Astro Orbitor open too.  They also had the Star Trader, It's a Small World Toy Shop, Le Petit Chalet Gifts, Castle Heraldry, Royal Street Sweets, The Mad Hatter, and the one in the castle (don't remember the name) all open.  It wasn't anything we couldn't get any other time though so I didn't see much shopping.  In fact, there was no D23 merchandise anywhere. 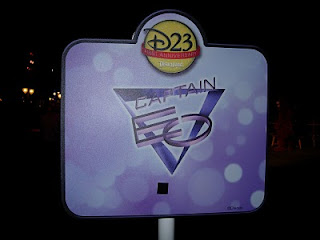 There were lots of media and Disney 'VIPs' walking around the park (ie Dave Smith and Tony Baxtor).  Some allowed people to form lines for pictures or autographs.  You had to know who you were looking for and be good a reconginzing the people.  I was kind of sad it wasn't more offical because it was more luck if you ran into them, but it did create a more relaxed atmosphere.  The Village Haus was closed as a place for the VIPs and D23 employees.  They had a little Disneyland history with the Roundabout Walt used to drive around the park. 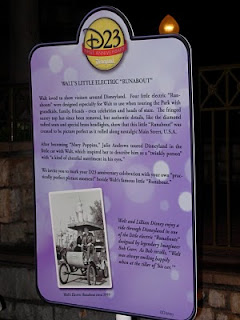 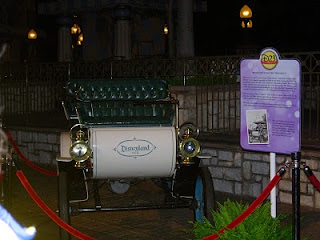 When leaving the party you could walk down mainstreet or ride one of the omnibus, firetrucks, or other main street vehicles.  The park was very empty looking.  Reminded me of my old cast member days.  Everyone got a giant pin for the first anniversary (the same that was given in Disney World).
The event overall?  It was expensive and inconvenient being in the middle of the week.  The character locations were dark and unpredictable and who knew if you'd find a VIP at all.  Plus there was no D23 merchandise.  And the elclairs did run out early in the night.   But all and all it was a fun night and I'd do it again. 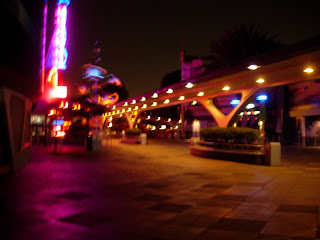 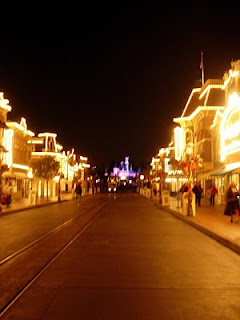