Snow White was released in US theaters nine times: 1937, 1944, 1952, 195, 1967, 1975, 1983, 1987, and 1993.  The re-release in 1944 was the first time the studios released a feature film for a second time as there was no feature film scheduled.  Thus began a history of re-releasing films for next generations to enjoy.  For the golden anniversary in 1987 it was released in 2000 theaters, 60 countries, 10 languages, and Disneyland featured a parade, and Snow White got a star in Hollywood. The 1993 release was the first film to be restored with digital techniques and brought in 80 million.  In 1994 Snow White was released on video for the first time bringing this tradition to an end.  According to USA today as of 1989 Snow Whites theatrical earnings was more than 6 billion if prices were adjusted for inflation and changing box office prices.  That's not bad for Walt Disney's Folly! 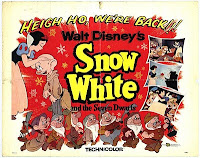 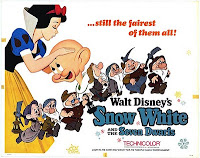 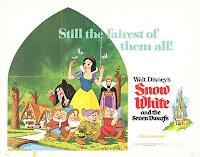 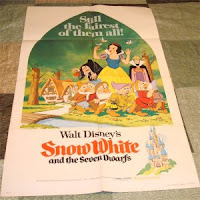