I was recently inspired by an episode of WDW Radio and got to thinking about which books every Snow White fan should have.  So here it goes, my top 10 list of Snow White books...

First up is the 1987 book written by Richard Holliss and Brian Sibley: Snow White and the Seven Dwarfs & the Making of the Classic Film.  This book was republished in 1994 for the re-release of the VHS tape.  This book has three sections: the first is a history of the behind the making of the film, the second is a retelling of the story where the illustrations are all production art, the final section discusses the film's impact.  This is one of the most complete books about Snow White history.  Below are pictures of the three versions I own: 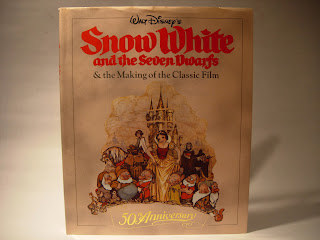 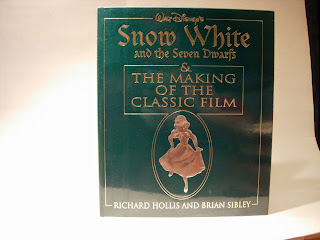 Second, every Snow White fan needs to have a 1937 version of the story.  The book below is a 1987 reprint of a 1937 edition.  Why a older version of the storybook?  The oldest story books include scenes that didn't make it into the final version.  This particular book includes Snow White's mother and the dwarfs building a bed.
Most children have a few Little Golden books around - and there are no shortage of Snow White versions.  Below is my favorite: The Little Big Book. 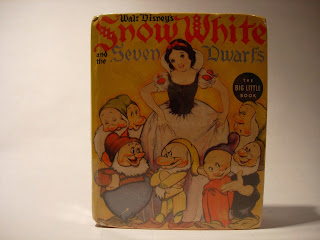 This next book is all about the beautiful concept art by Gustaf Tenggren: Walt Disney's Snow White and the Seven Dwarfs.  This was published in 2009. 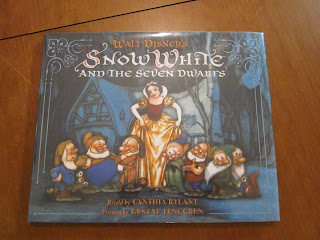 Fifth on the list is Walt Disney's Snow White and the Seven Dwarfs An Art in Its Making featuring the collection of Stephen H. Ison is a fabulous book featuring some amazing art.  This book was published in 1994 to go with an exhibit in Indianapolis Museum of Art. 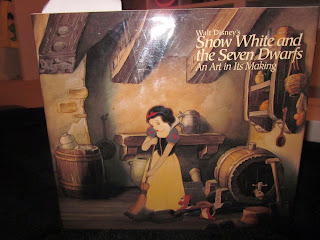 Sixth is the Walt Disney's Sketch Book of Snow White and the Seven Dwarfs.  The version I have is a 1993 reprint.  The book is filled with detailed character sketches for all of the main characters. 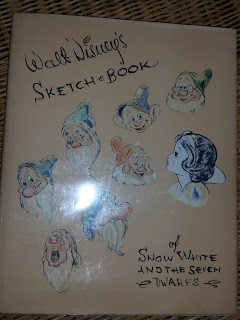 Next is Snow White and the Seven Dwarfs: The Art and Creation of Walt Disney's Classic Animated Film.  This book was released when the Walt Disney Family Museum had their Snow White exhibit.  It is a fantastic collection of production art. 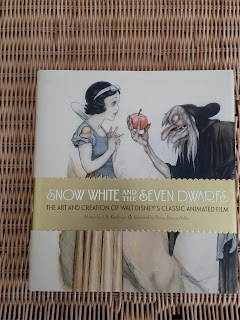 Ninth on the list is a linen book.  These Whitmore publishing books are so detailed and the extra large size makes them a great statement piece in the collection.  Below are a few of my favorites. 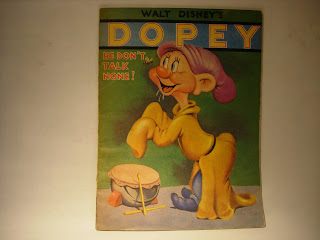 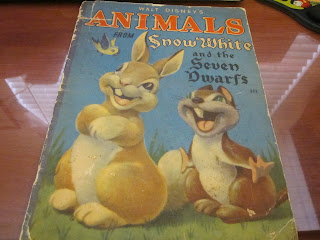 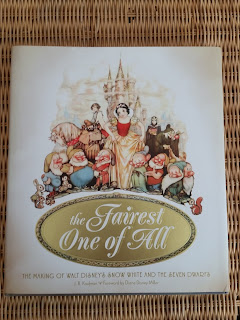