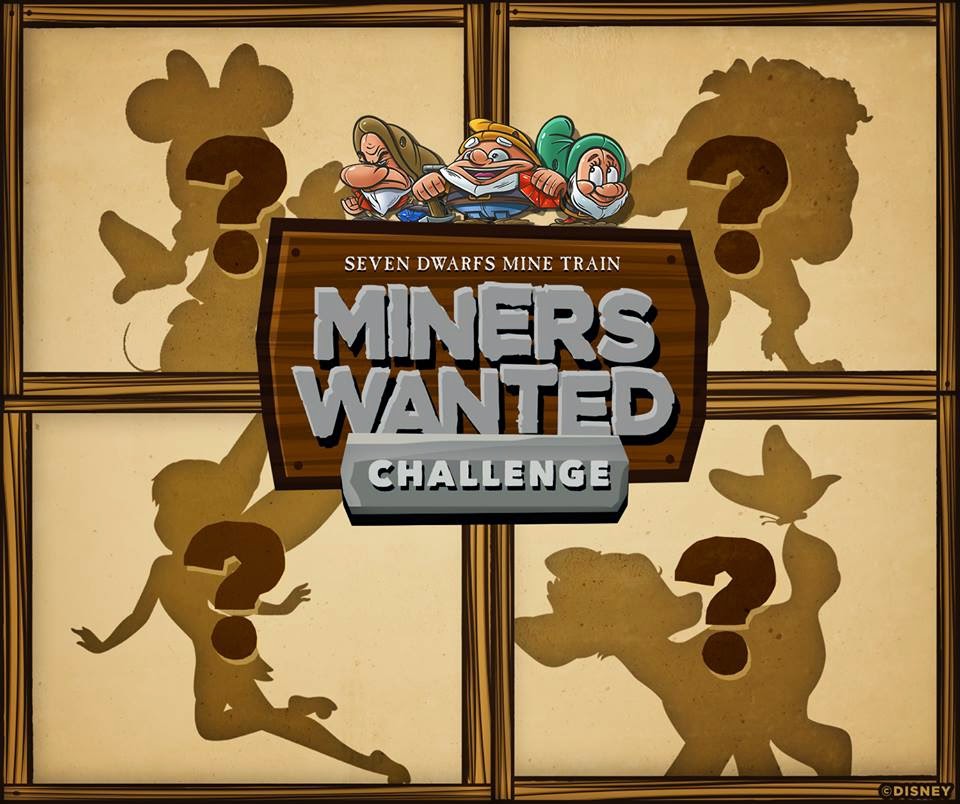 Looking for a way to pass the time before the big opening day of the Seven Dwarfs Mine Train?  Never fear, Disney is providing!  Over on Facebook, Disney World has announced a Miners Wanted Challenge.  According to Disney Park Blog, each dwarf will sponsor another Disney character to join them on the mining team and compete in different challenges and win gems based on facebook-ers votes.    Which dwarf will sponsor which characters?  Mickey Mouse, Elsa, Figment, and Maleficent are said to be coming.  The graphic features Minnie, Tink, Bambi, and Beast, so hard to tell if that is actually a clue.  I'm betting Dopey is going for figment (he seems the creative type to want a dragon).  Happy for Mickey (positive energy unite!) or maybe Doc (both leaders of the clubs).  Grumpy seems like the natural fit for Maleficent.  Elsa is throwing me for a loop, maybe Bashful, the whole ice castle of isolation thing may look appealing to him when he's stuck living with seven other dudes all the time.  We will start to find out today as the first characters are announced.
Posted by 1937 Fan at 9:00 AM