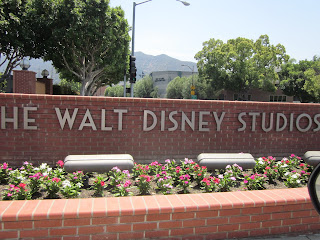 Back in May, I had the opportunity to tour the Walt Disney Studios.  When Walt Disney found success with Snow White and the Seven Dwarfs, one of the things he did was use the new income to build the studio of his dreams.  The lot was designed with the process in mind.  Buildings designed based the animators request to get the most natural light possible.  There were places for animators to relax and get some exercise, the lot looking more like a university than a studio.
When touring the lot today, there are obvious changes, but the heart of the studio remains the same.  So, where can you see the influence of Snow White?  There are quite a few around the lot.  The first example is Dopey Drive.  In 1941 the Disney Studio released a movie explaining the process of animation by taking comedian Robert Benchly on a wild tour of the studio lot.  The film ended with the animated short: The Reluctant Dragon.  There is still a prop created for that film on the studio lot: 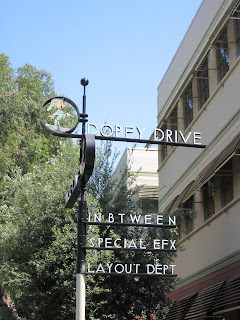 In true Hollywood stlye, the prop street sign did not point to places in their correct location.  None of those buildings were or are in that location. 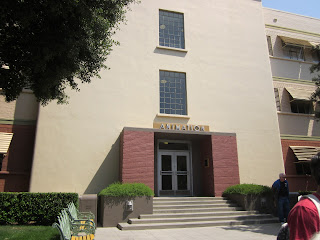 Continuing on the tour, we were taken  into the old Animation building (it does not house the animators anymore).  In the long hallway is a variety of pieces of art including an example of the Queen by Art Babbit.  Unfortunately there are no pictures inside the building.

One of Disney's very recognizable building is the TEAM building (the Michael D. Eisner Building) where the seven dwarfs are seen to be literally holding up the building.  And in a way they are, the building features the dwarfs because the success of their film, built the studio.  This Micheal Graves building was built in the 1990's and features 19 foot tall dwarfs.  According to our tour guide, Dopey weighs 30,000 pounds! 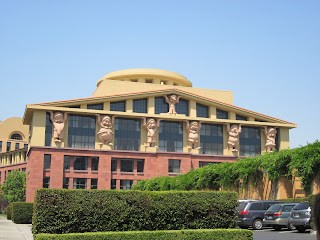 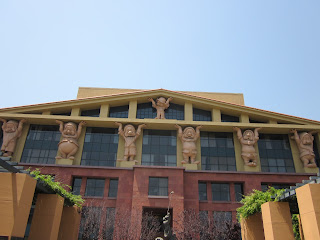 The reason I finally got around to paying for the D23 tour of the lot was the announcement that the archives had Snow White featured in the lobby of the Frank G Wells building where the archives is actually located.  I'm so glad I did go.  The tour itself was very interesting but it was exciting to see so many things all about Snow White.
Here are some close ups from the case: 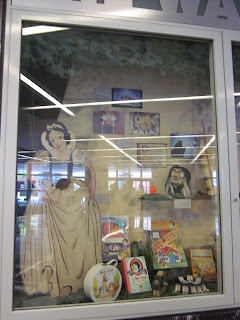 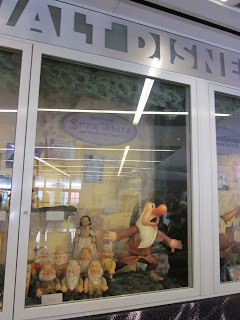 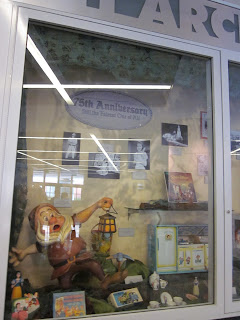 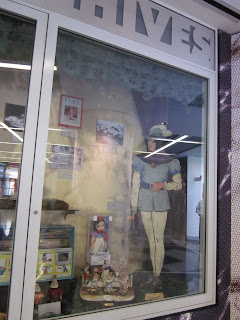 I have to admit, I was very excited to find that I had some of the items displayed.  It was a mix of merchandise from the thirty's up to current things.  There were also things on display not available for purchase, like a grumpy from Snow White's Scary Adventure. 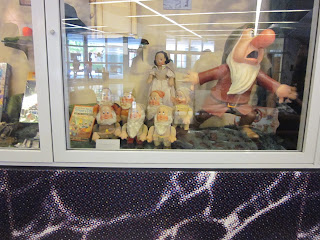 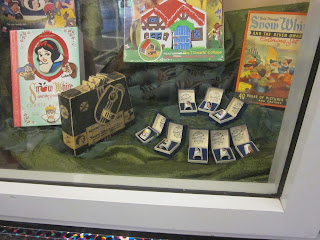 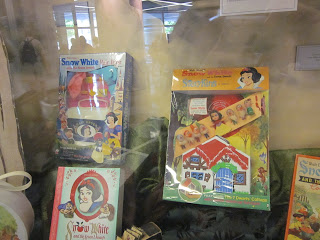 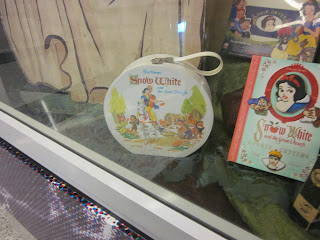 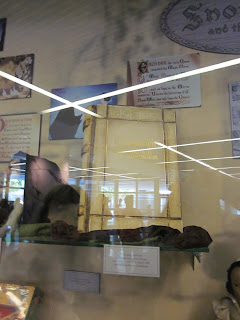 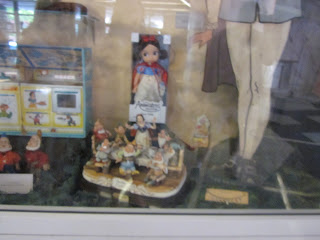 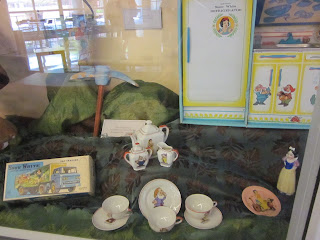 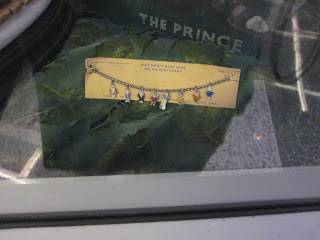 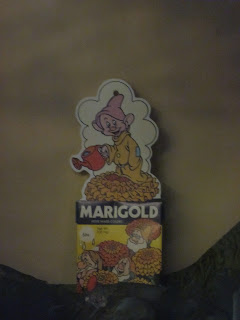 While we were waiting to go into the archives we looked around the lobby, the picture below is a Snow White marking the women's restroom. 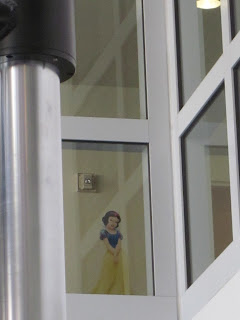 There are three original Mulitplane Cameras left.  One is in the lobby of the Frank G Wells building (the others are at the Walt Disney Family Museum and the studios in Paris). 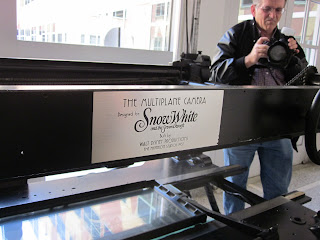 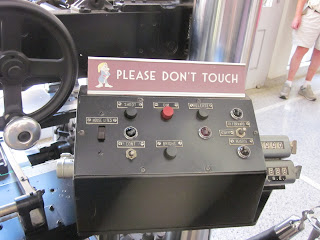 Once inside the archives lobby, there were a variety of things on display including quite a bit from Snow White. 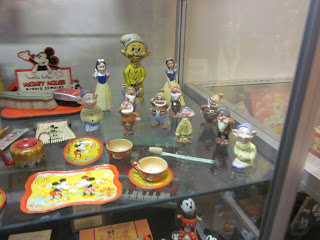 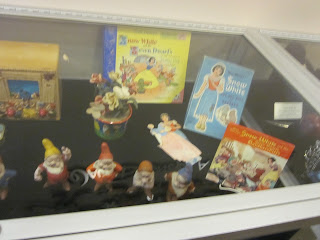 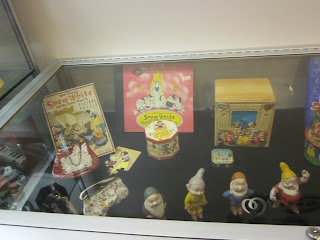 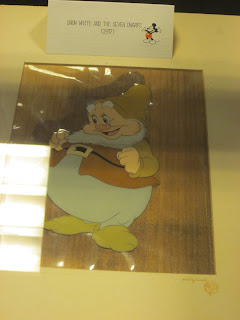 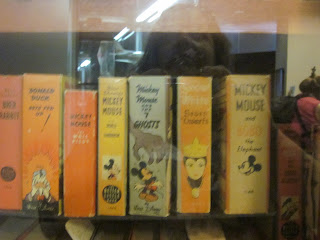 All in all, the tour was great!  I will definitely go again.  I have many more pictures and stories from the studio lot tour, so look for another post soon!