I had the opportunity to be out in Missouri for a weekend (yes, it is a very long trip to make for a weekend).  So naturally, I made it a priority to get to Marceline.  I went the weekend after the D23 Expo so I had just talked with the people who had a booth there about my visit. 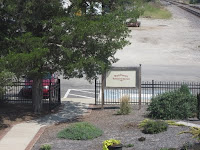 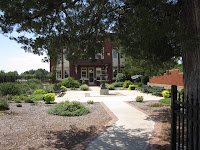 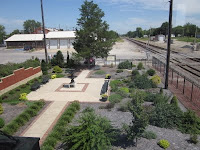 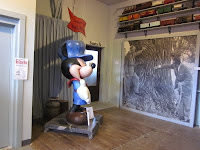 The museum is in a train station.  It's a great old building with a beautiful courtyard.  I was very impressed.  I had worn my D23 Disney Geek shirt, so Kaye remembered me from talking at the Expo.  They gave us a tour of the main room with information about each of Walt Disney's trips back to his boyhood hometown.  The most interesting part for me was listening to the stories. 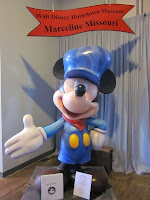 For example: Marceline is a small town and when they decided to name the new pool after Walt, they weren't really expecting him to accept.  When he did (with his wife and brother and his wife), the town went into a panic as to where to house him.  So, they asked the one family with air conditioning to house the Disneys.  They said yes and preparations went on a planned.  But as the date got closer, the wife grew more nervous.  She began to panic: her house wasn't fit to entertain!  Her furniture wasn't fancy enough for someone as important as the Disneys!  The town had a solution though, they moved all of the families future out and everyone brought their best pieces to use instead.
The best of part of the story was that it was told by the wife - she was our tour guide.  And her daughter was in several of the photographs and is now the head of the museum.  It was nice to hear about the people in the pictures, the small town preparing for a big event.
The museum is made up of largely Ruth (Walt's sister) donations.  It is fun to read the letters Walt and Roy wrote their sister.  The letters contain updates on studio projects and details about Disneyland.  The Walt Disney Hometown Museum really is a fun place to visit!

We also went out the the dreaming tree and to the theatre where two Disney premiers have been held.  The owner of the theatre had a short clip from the Lady and the Tramp DVD to show us.  (the bonus features about Marceline).  We also mailed postcards from the Walt Disney Post Office - sadly, the post office was closed so we didn't get the postmark - it came to us from Kansas City.
Overall, we had a great time.  The people were so kind and I really enjoyed talking to everyone! 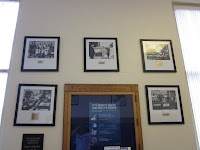 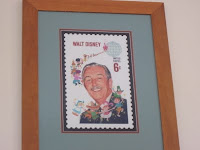 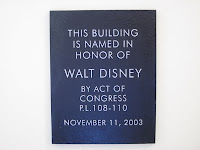 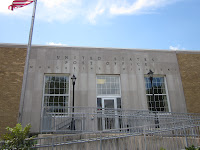 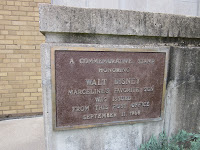 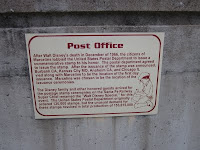 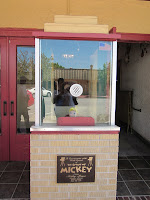 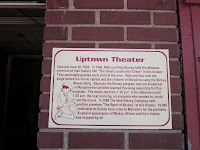 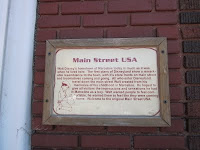 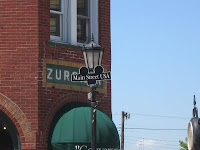 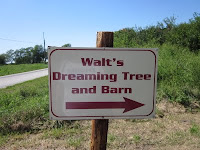 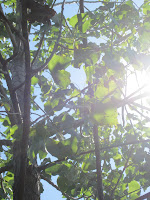