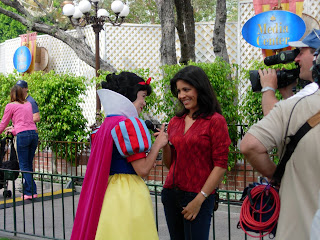 Disneyland is turning 55 this year.  Back five years ago I attended the 50th Anniversary after being one of the annual passholders to win two tickets. The park was closed that day to the general public and main street was full of media.  While walking around - saw the above image of Snow White giving an interview.  Here are some other photos from the event: 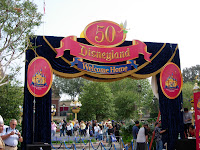 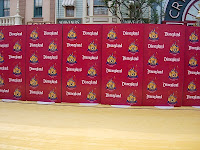 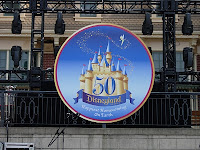 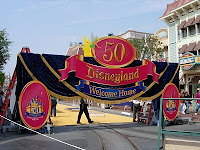 During the 50th Anniversary Disneyland had a golden ride car on many of the attractions. There was a golden teacup, a golden jungle cruise boat...They also spruced up the park with lots of golden touches.  The attratctions that were open in July 1955 got a Class of 55 plaque.  Snow White's plaque hung outside the entracne and the sign got a little sparkle: 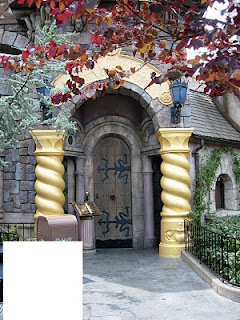 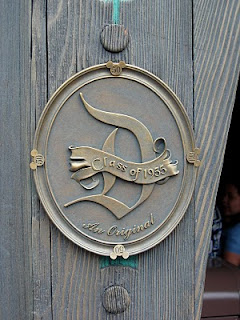 The park also put up large photo mosaics.  These were made up of submitted guests photos.  In Fantasyland - directly in front of the enterance to Fantasyland Theatre was this one: 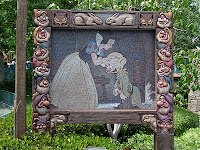 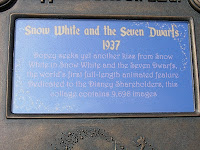 The most entertaining portion of the day was watching the parade.  It was a great place to celebrity watch.  Here are two of the stars we saw that day: 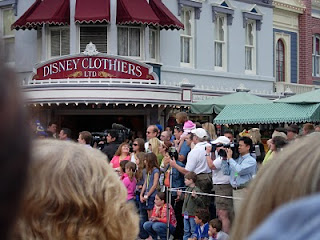 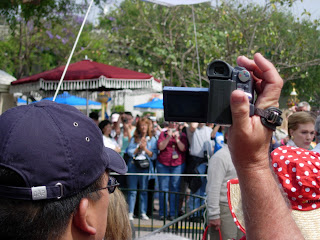